How we optimised and parallelised deployments of multiple JupyterHubs across multiple clusters in GitHub.

2i2c manages the configuration and deployment of multiple Kubernetes clusters and JupyterHubs from a single open infrastructure repository . This is a challenging problem, as it requires us to centralize information about a number of independent cloud services, and deploy them in an efficient and reliable manner. Our initial attempt at this had a number of inefficiencies, and we recently completed an overhaul of its configuration and deployment infrastructure.

This post is a short description of what we did and the benefit that it had. It covers the technical details and provides links to more information about our deployment setup. We hope that it helps other organizations make similar improvements to their own infrastructure.

2i2c’s problem is similar to that of many large organizations that have independent sub-communities within them. We must centralize the operation and configuration of JupyterHubs in order to boost our efficiency in developing and operating them, but must also treat these hubs independently because their user communities are not necessarily related, and because we want communities to be able to replicate their infrastructure on their own .

A year ago, we built the first version of our deployment infrastructure at github.com/2i2c-org/infrastructure . Over the last year of operation, we identified a number of major shortcomings:

So, we spent several weeks discussing a plan to resolve these major problems - here were our goals:

An overview of our changes #

To accomplish this, we needed to identify which hub required an upgrade based on file additions/modifications. This took a lot of discussion and iteration on design, and so we share it below in the hopes that it is helpful to others!

Improvements to our code and structure #

We made a few major changes to the infrastructure repository to facilitate the deployment logic described above. Here are the major changes we implemented:

In addition to these structural and code changes, we also developed new GitHub Actions workflows that control the entire process.

A GitHub Actions workflow for upgrading our JupyterHubs #

We defined a new GitHub Actions workflow that carries out the logic described above. These are all defined in this deploy-hubs.yaml configuration file . Here are the major jobs in this workflow, and what each does:

We think that this is a nice balance of infrastructure complexity and flexibility. It allows us to separate the configuration of each hub and cluster, which makes each more maintainable by us, and is more aligned with a community’s Right to Replicate their infrastructure. It allows us to remove the interdependence of deploy jobs that do not need to be dependent, which makes our deploys more efficient. Finally, it allows us to make targeted deploys more effectively, which reduces the amount of toil and unnecessary waiting associated with each change. (It also reduces our carbon footprint by reducing unnecessary GitHub Action time ).

We hope that this is a useful resource for others to follow if they also maintain JupyterHubs for multiple communities. If you have any ideas of how we could further improve this infrastructure, please reach out on GitHub! If you know of a community that would like 2i2c to manage a hub for your community , please send us an email .

Acknowledgements: The infrastructure described in this post was developed by the 2i2c engineering team , and this post was edited by Chris Holdgraf . 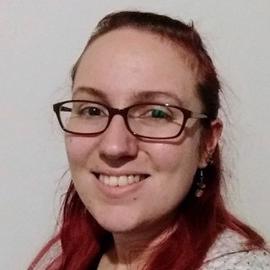