Mybinder.org enables researchers across the world to replicate computational environments in the cloud. It allows researchers to turn static code into interactive literate coding environments with a click of a button within seconds. The mybinder.org service is powered by BinderHub , an open-source tool developed by the Jupyter Project that many organizations have deployed for their own communities. It does this by _dynamically building _the software environment needed to reproduce a computation (using a tool called repo2docker ), and making this environment available to users.

Over the past several years, the GESIS Notebooks team made the first steps towards bridging this gap through their Persistent BinderHub implementation. This was a modified and authenticated BinderHub that included persistent storage across sessions. The Persistent BinderHub service was very successful at GESIS and with its partner communities, and the team wishes to build this functionality into the JupyterHub community’s core technology so that these features can be enjoyed for more use-cases and by many communities.

To enable this vision, we have partnered with GESIS in cooperation with NFDI4DS , CESSDA , and members of the JMTE project. This collaboration has three primary goals:

We began this collaboration several months ago, and have focused our efforts on exploring potential implementation pathways for this functionality. We believe that we now have a path forward for this functionality, and this blog post is a brief report of our efforts and future plans as we undertake this effort. See this GitHub Projects Board for issues that implement this effort .

So, we decided to take another approach:

We realized that there is a way to make this functionality more broadly useful and more maintainable, while still achieving the end-user experience that the GESIS team needed. Instead of modifying BinderHub to incorporate JupyterHub’s storage and authentication features, we would give JupyterHub the ability do dynamically generate user environments using repo2docker .

This would give JupyterHub users more flexibility over the environments served by their hub, and expose Binder-style workflows to the “typical” JupyterHub workflow. BinderHub could then be simplified to re-use JupyterHub’s image building functionality as a part of its own service. We also identified a prototype of this functionality in the tljh-repo2docker project that QuantStack had built for the PlasmaBio project . This implementation was seen as successful, and something others in the community had wanted to generalize for some time.

With this alternative implementation route in place, we identified two major steps to accomplish this project:

Here are a few tasks that we’re carrying out next to make progress on the above two items.

As a follow-up, we’ll likely re-work the BinderHub codebase to utilize JupyterHub’s new repo2docker service, rather than defining its own custom repo2docker functionality.

Back-end implementation as a JupyterHub Service #

While details may still change, we believe that the major architectural plan has now been settled. We have an experimental codebase with a basic implementation of the repo2docker service described above. As part of this effort, this team has also made a number of improvements to repo2docker’s codebase and project infrastructure. We hope that this effort will continue to push resources and attention to repo2docker by growing the number of users and stakeholders that rely on the project for their success.

Front-end implementation that uses this service #

Once the back-end setup exists, we can use it to begin prototyping user interactions that can trigger and use repo2docker’s image generation. Bringing dynamic environment image building into JupyterHub is a significant improvement in its functionality, and may introduce new kinds of workflows that we hadn’t initially imagined. Understanding, interpreting, and extending the original “Persistent BinderHub” workflow will require a more thorough understanding of user stories and needs in order to identify new workflows that feel natural not only in a JupyterHub scenario but also in a Binder-like scenario.

For example, here are a few major UI/UX questions we must answer:

We must answer these and several other questions next. With that vision in place, we’d like to expand our efforts in UI/UX and user research. This will help inform the technical implementation of this work as we expand on our prototype, and help us choose the right way to expose this functionality to users. We welcome collaboration around this work - if you know of an organization that is interested in collaboration, please reach out.

After a few months working on this project, we are even more excited about the potential for dynamically building environments in a JupyterHub. We believe that it adds a new class of workflows to JupyterHubs that were not possible before, and will be immediately useful to the hundreds of communities that deploy JupyterHub for their communities. 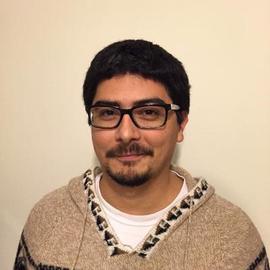 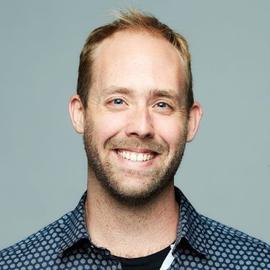